It was great to see 55 farmers, sponsors, and agronomists at the Tarlee Durum Forum. The morning was action packed with great speakers presenting on a broad range of topics that impact on growing Durum. Attendees came from Lower North, Mid North, Yorke Peninsula, West Coast of South Australia and Victoria. 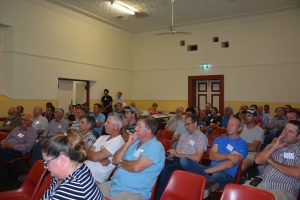 The Chairman of Southern Australia Durum Growers Association welcomed everyone to the action packed agenda. 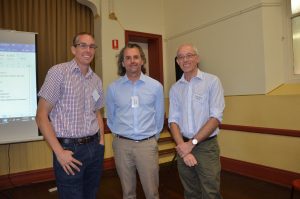 Dr Jason Able presented the highlights of the 2016 Durum Breeding Programme and SAGIT reports. Jason was able to present a very positive outlook for Durum into the future with 3 lines being built up for stacking against Aurora. 2 of these lines will be bulked up at Roseworthy in 2017 and the other one a year later.

Benn Oliver, Glencore  followed on from Jason by outlining Durum Marketing on the world scene, while Justin Wilks, ADM  presented marketing wheat and barley.  Mike Sissons, Principal Research Scientist, NSW DPI provided and update on the quality of the  DBA material and discussed the new dough instrument and predictive tools. 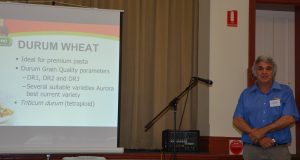 Fil Ciancio, San Remo spoke on the ideal Durum seed which makes the better past – ‘Milling qualities of the current varieties, especially Aurora. 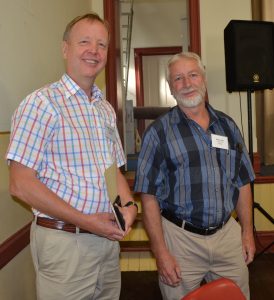 Nick May a local Durum Grower in the Mid North presented an enlightening talk on how they farm to grow DR1 Durum. Dr Hugh Wallwork PIRSA/SARDI presented the outcomes to date of their trials in ‘Crown Rot Resistance in Durum’.

Mark Northcott and Matt Casey from National Bank gave an insight into how to manage surplus funds – debt repayment and new machinery purchase opportunities for funding through NAB.

David Evans, Grain Growers presented on their new programs on source imagery and the Innovation Generation and Australian Grain Farm Leaders Program they are running.

John Barbetti, IMTrade spoke about some new chemicals they have released which will work well on weed control in Durum crops. 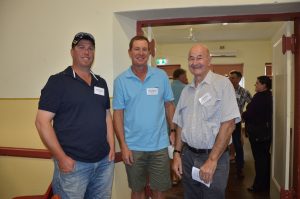 During the morning nominations to the 2017 SADGA committee were called with Neville Sharpe not seeking re-election and Michael Warnes from Owen accepting a position on the committee.

A sumptious morning tea provided by Tarlee bakery was provided with a pasta lunch at the Tarlee Hotel where San Remo kindly donated the pasta, cooked brilliantly in sauces by the catering staff at hotel and drinks to wash it down donated by Grain Growers Ltd. 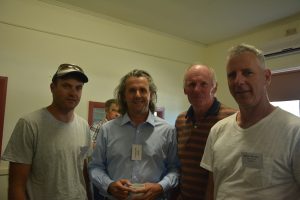 A great day out for all who attended.