This new variety was released at the SADGA Roseworthy Cropwalk this Sept 2019. 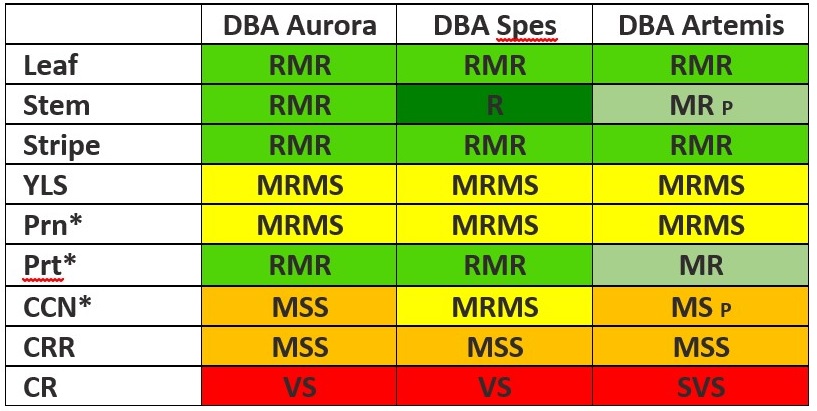 The fact sheet for DBA Artemis available on this link. Please contact Deb Baum SADGAsecretary@gmail.com for orders or further information. 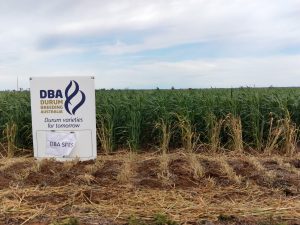 When compared to other current commercial grown varieties including Hyperno, Saintly, Tjilkuri, Yawa and WID802 – Aurora stacks up by: Maintaining a high relative yield;  Having a superior disease resistance package;  Has an acceptable protein average;  Delivering improved grain size;  Importantly, having reduced screenings compared to some varieties;  Sowing early vigour and weed competitiveness.

DBA-Aurora will help alleviate some of the risk associated with growing durum and improve durum’s fit in the farming system rotation.

DBA-Aurora has been granted the Wheat Quality Australia classification ADR [Australian premium durum] for both the southern and northern regions of Australia.

DBA-Aurora is a great example of how the grower levies paid each year to the GRDC for research investment is directly coming back to them in the form of a very real, tangible return that will improve their on-farm profitability 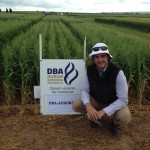 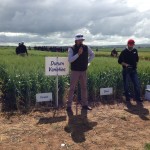 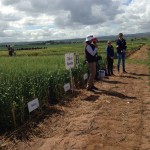 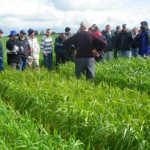 Farmers at a crop walk at Tarlee 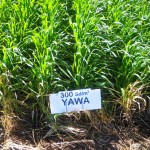 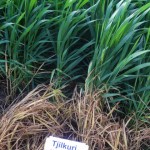 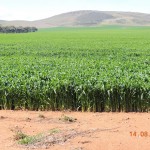 2023 SADGA Forum will be held 15th March at Padthaway Bowling Club to meet the needs of those who are growing and new to growing durum and who are thinking about growing durum in the new season.

or pay online hit the button below.