,    Nick May, Balaklava, was the recipient of the 2016 Durum Grower of the Year Award sponsored by San Remo which includes a trip to Italy. The award was presented to Nick at the ‘Carnevale’ by San Remo’s Adam Jackson. 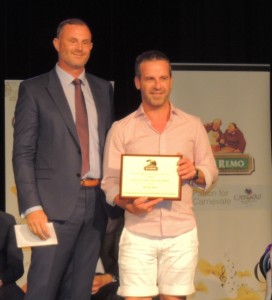 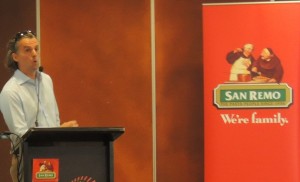 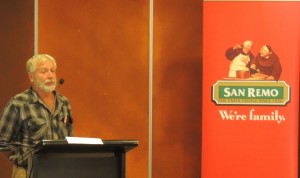 The finalists for the award Greg Durrant, Brian Koch and Nick May were announced at a  luncheon provided by San Remo which had been prepared by their Ambassador Chef Adam Swanson, and was also enjoyed by a number of growers. Dr Jason Able provided  an update on Durum plant breeding in South Australia and Alwyn Dyer, Chairman of Southern Australia Durum Growers Association welcomed all present and thanked San Remo for their support to the industry.